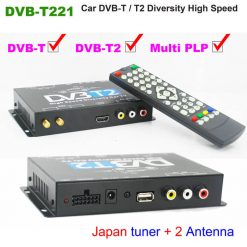 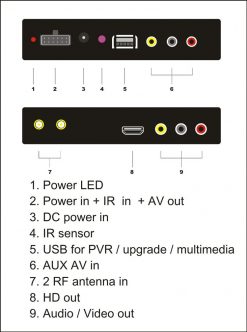 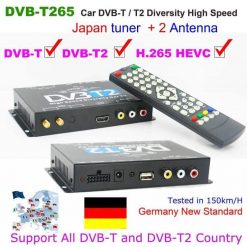 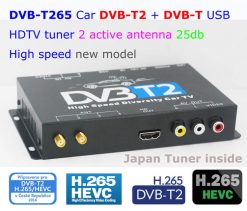 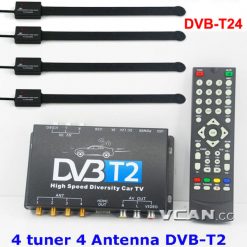 It is a big deal. Bigger than you imagine when you consider the implications. In case, just in case, you have not paid plenty of attention, digital migration is the transition from analogue TV to digital terrestrial TV broadcasting, which countries around the world are expected to adopt. How did that come about?

Digital migration entails the transmission of digital television signal over the earth from masts to home receivers. When DSO occurs, a TV viewer will need to have a set-top-box (STB) or use a digital TV in order to receive television services. A Set-Top Box is what is often referred to as a decoder. By acquiring a Set Top Box that is compatible with DVB-T2, the second generation broadcast technology (analogue uses the DVB-T or T-1 variety), with or without monthly subscription or by a digital television set, a television viewer will be able to receive the signal when the DSO takes place, following the analogue switch off. This implies that a viewer will be unable to watch analogue television if he/she has not yet migrated. If you want to continue watching TV when DSO takes place, you will have to buy a Free-to-Air STB/decoder (one-time purchase and no monthly subscription), an Integrated Digital Television set or a pay-TV STB/decoder (this comes with a monthly subscription). DVB (Digital Video Broadcasting) is the standard for digital television that has been adopted in most countries in ITU Region 1, where Africa falls. DVB-T, which stands for Digital Video Broadcasting Terrestrial, is the first DVB standard that is being replaced by DVB-T2. DVB-T2 stands for Digital Video Broadcasting (Second Generation Terrestrial), a newer system that provides the benefit of the best technical performance and the highest efficiency. DVB-T2 is not backwards compatible with DVB-T. As such, DVB-T receivers cannot receive DVB-T2 signals, and neither can DVB-T2 receive DVB-T signals. This means that citizens of countries where migration is said to have been achieved by the June 2015 deadline, but on T-1 technology will have to have to buy DVB-T2 receivers that support the DVB-T2 standard. To pick a digital broadcast signal, one needs to have a digital TV. Digital TV is a TV that has an inbuilt digital tuner. But if one still has an analogue TV, one will need to get a digital receiver in form of a set-top box, which converts the signals from a digital television broadcast into a form that can be viewed on the traditional analogue television set. Does this mean we now have to pay to watch the channels we have been receiving free under terrestrial broadcasting? There are two types of broadcasting service packages on the terrestrial platform: i.e. Free-to-air and Pay TV. The Free-to-Air channels are those you receive without having to subscribe or pay a monthly fee to receive. These channels will continue to be free even after the migration from analogue to digital broadcasting. Pay-TV requires you to subscribe and pay a subscription fee to watch the associated channels like DStv or GOtv. In analogue broadcasting, the signal is transmitted as a continuous wave, while digital transmission entails the transmission of the signal as a discrete wave. For digital TV, the signal is encoded and can be compressed to allow for more channels to be broadcast. Digital migration offers a greater range of dividends than analogue. For one, it ensures better visual quality and offers more services like radio, Teletext, interactive services, games, and support for the visually impaired and internet. In addition, it allows infrastructure-sharing by using the signal distributor’s masts and affords greater opportunities for more local content production, which will yield more job opportunities for content creators. That way, it contributes in no small measure to the economic well-being of migrating countries. Sources from:http://allafrica.com/stories/201508032065.html VCAN can offer Romania DVB-T2 product below: